» Board of Directors » Bio 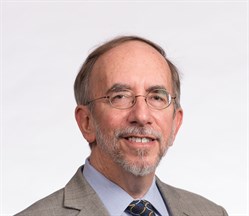 Dr. David Baron received his B.A. (Biology) and Ph.D. (Anatomy) from The University of Chicago. Following his postdoctoral fellowship in pathology and pharmacology at the Medical University of South Carolina, with the support of an NIH Program Project grant, Dr. Baron founded the Core Structure-Function Laboratory in the Department of Pharmacology and joined the M.U.S.C. faculty with a joint appointment in the Departments of Pharmacology, and Anatomy and Cell Biology. He later joined Searle Pharmaceuticals as a Research Scientist, later becoming a Monsanto, then Pharmacia Senior Science Fellow. Dr. Baron became the first Director of Toxicology at Takeda Pharmaceuticals, U.S. (Deerfield, IL) rising to Vice President, Nonclinical Safety Evaluation, for the U.S and Europe. He has been a grant reviewer for the National Cancer Institute, given numerous invited seminars and has served on several national scientific boards (International Consortium for Innovation and Quality in Pharmaceutical Development, International Serious Adverse Event Consortium). Dr. Baron, who has polycystic kidney disease, became the Chief Scientific Officer for the PKD Foundation in 2015. He recently served as a panel member (renal) at the 2016 National Academy of Sciences Forum for Regenerative Medicine. During his career he has focused on the structural correlates of electrolyte and water transport across epithelia, and the safety and pharmacology of pioglitazone while at Takeda, a type 2 diabetes drug now in a pilot clinical trial for the treatment of PKD through the support of the PKD Foundation and the FDA.